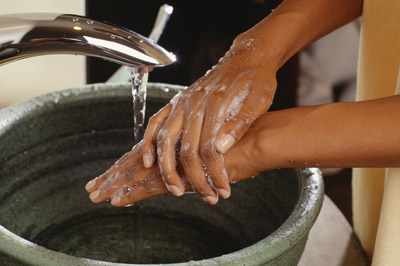 Posted at 16:53h in Problem and Solution by Chimamanda Adichie

I would hate to be the Health Minister right now. I sympathize with him. Dealing with striking doctors is stress enough. But Ebola? Ebola is supposed to happen in Congo or Uganda. Not here. I would never have imagined Ebola in Nigeria. Maybe the Health Minister never imagined it too. Maybe that is why he doesn’t inspire confidence whenever he speaks about Ebola. Maybe it’s why he sounds as if he does not fully understand what he is saying. He reminds me of myself in physics class in secondary school, correctly answering questions about circuits even though I didn’t know exactly how circuits worked.

The other day he told us that only one Nigerian in Lagos was infected and all the others had been discharged. And then suddenly we heard about the doctor who died of Ebola in Port Harcourt. Isn’t that contradictory? Doesn’t that show that the minister did not, in fact, have the full information?

By the way, why do Nigerian Ebola cases recover so quickly? Those two Americans, even with their fancy Zmapp that they refused to give anybody else, stayed in hospital in America for a while. But here in Nigeria, they tell us after a day or two that the patient has recovered and been discharged.

Remember when the minister said a Nigerian was ‘symptomatic’ but had tested ‘negative?’ What does it mean? What is the average person supposed to understand from that information?

Nigerians should be told about ebola in the clearest of terms. Spell things out. Use clear simple language. Stop saying ‘index’ case and ‘primary contact’ as if we all know what that means. Remember that you are talking to millions of Nigerians who are scared and superstitious. Explain to us what ‘under surveillance’ means – and why people ‘escape’ from this surviellance. And while we are at that, can we please re-think the language we use in referring to ebola patients? We call them suspects. We say they ‘escaped.’ We say they were ‘reprimanded.’ Let us remember that these are people who are ill and terrified and confused, people who deserve sympathy, people who have not committed a crime.

Oh, and please, Channels Television, stop showing a montage of gorillas and chimpanzees when you want to talk about ebola. It is misleading. And unnecessarily sensationalistic. Ebola has been reportedly traced to bats but where did you get chimpanzees and gorillas? Oya, why not use snakes as well?

Seriously, here’s a solution: use an image of a person washing her hands properly. Simple and proper handwashing with soap and water. Which is much better than using a hand sanitizer. And which, instead of scaring viewers, will give them useful information.