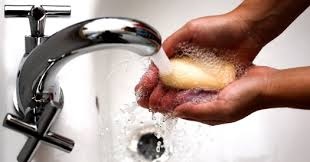 Posted at 17:04h in Ifem & Ceiling by Chimamanda Adichie

Ceiling’s cousin Nneoma visited us two weeks ago. She came to the East to attend a funeral in Awka. We drove her to the airport. “See Enugu airport looking like an airport instead of a bus station!” She said, laughing. This story came from her, later that day:

The Arik flight from Enugu to Lagos left on time. A smooth flight. A good landing. As usual, impatient and unreasonable Nigerians began to get up while the plane was still moving. The flight attendant asked them to please sit and wait until the plane came to a complete stop. The plane did. Still they waited. Fifteen minutes passed. What is happening? The pilot announced that there was a problem with the staircase. They were waiting for another one. Thirty minutes passed. Passengers complained loudly: What kind of nonsense is this? I will sue Arik o! I have a meeting in thirty minutes! I am going to call the minister of aviation! An hour passed. The pilot said he was sorry but now they had to taxi to the international wing, to get the new staircase. Staircase, imagine! Only in a stupid country like this!

The plane taxied to the international wing. Passengers looked out and saw that they were not close to the airport building. The plane was in the middle of the vast space beyond the airport. Ah ah why are we here? What is happening? Another thirty minutes passed. Tempers and suspicions increased. This story makes no sense! An angry man got up and ran to the emergency exit. Other passengers restrained him. Speculations. It is Boko Haram! They are holding us hostage, maybe they put a bomb on this plane unless the government gives them something. God forbid! No, I think it is Arik. You know Arik always owes money. Maybe the airport authorities have refused to let us disembark until Arik pays. Another thirty minutes. Finally flight attendants opened the doors. Passengers looked out and saw many people in full protective gear, covered from head to toe, standing around the plane.

Passengers were asked to come down one at a time. Each was given a form to fill out: seat number, address, phone number, etc. A few women were asked to step aside. Finally one woman was taken away. The rest of the passengers waited for a bus. Finally a bus came.

What happened? The passengers asked an airport staff.

“Somebody called from Enugu and said there was a female Ebola suspect on the flight. The caller described her. So we could not take any chances. We informed the airline and while our port health staff got ready, we had to keep the passengers from disembarking. We have just checked her and it looks like a false alarm.”

The passengers were impressed at the care that had been taken. So was I, when Nneoma told me. Lagos state is seriously trying. Although I think the airline should have told the passengers the truth of what was happening, and we should stop calling them ‘suspects.’ (How about “possible Ebola patient?’)

“Ah! No! I don’t blame the pilot o! Tell Nigerians in a locked plane that there might be somebody with Ebola among them! That one will be pandemonium!” Nneoma said.

“Actually, it won’t,” Ceiling said. “It will probably make everyone shut up and even cover their mouths and noses with their hands!”

We don’t manage information well in this country. We need to trust people a bit more. And we need to try a bit harder to gain trust. One of the questions on the form was: Have you recently been to a funeral?

Nneoma wrote, in capital letters, NO.

When I asked why she lied, she said, “If I say yes now, they will start harassing me.”