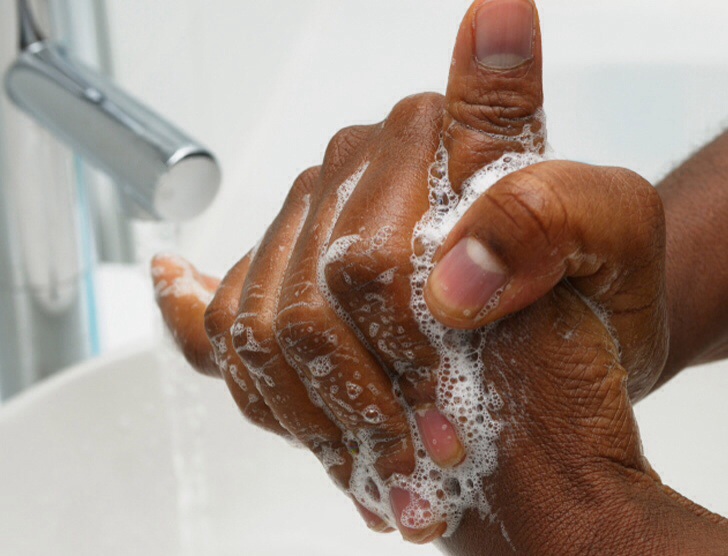 Posted at 22:19h in Ifem & Ceiling by Chimamanda Adichie

At the entrance of the bank, a smiling man approached us with a thermometer. He raised and aimed it like a gun at Ceiling’s forehead. “36.6. Welcome sir! Normal temperature.”

“What if it was high?” I asked, as he aimed it at my forehead.

“Ah, ma. We will not permit you entry. We have to be careful. Life is hard but nobody wants to die.”

“It’s better to wash your hands with soap and water,” I said.
She looked at me with a sharp expression. As if to say ‘my friend, use the sanitizer jor!’

Ceiling squirted some in his palm, then squirted in mine.

“But Ebola is a virus. What can antibacterial sanitizers do?” I asked.

“They say it’s the alcohol in them that actually kills viruses,”Ceiling said.

“So we can soak our hands in whiskey instead?” I asked.

The receptionist was looking at us with wide alert eyes. “You soak your hands in whiskey?” She asked.

We are all so scared of Ebola. Fear is the end of reason.

The bathe-in-salt-water thing started as a joke too. Somebody said maybe we should bathe in salt water to prevent Ebola, since there is no cure. And before you knew it, it had spread through the country. Very early one morning, I got calls from my former driver, my aunt in Makurdi, my hairbraider. Ceiling got more than twenty calls. All said the same thing: put salt in warm water and bathe with it!

Others added, “make sure you bathe before 7 AM.”

“Is that when the Ebola virus wakes up?” Ceiling had asked one of his aunts.

As we left the bank, I told the receptionist, “I was joking o, my sister. I heard the best thing is wash your hands with soap often, avoid crowded places, report any sign of sickness. You have the Ebola phone number?”